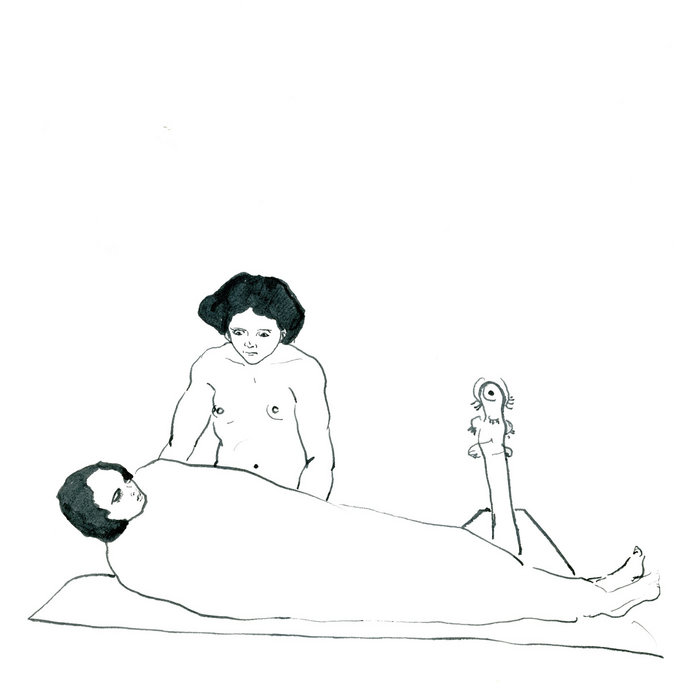 Baggy. I just didn't get it. Her Tom Waits cover 'All the World is Joke' was the key. Ignore the descriptions listen to the music! Favorite track: Snowman.

What happens after 1,001 nights of no sleep? You run out of stories to tell yourself. Beijing’s Yang Fan offers her debut LP, a dozen nocturnes born in the tempest of a sleepless mind, smoothed over time like the face of a desert cliff. Twelve terse expressions of insomniatic id, a code of only codas. Fugue state music.

Scheherazade told 1,001 tales to stay death, but Zhuangzi, who knew he was likely no more than a butterfly’s dream, rightly asked: “How do I know that loving life is not a delusion? How do I know that in hating death I am not like a man who, having left home in his youth, has forgotten the way back?”

So does Yang Fan present these bold death waltzes, a sonic statement skirting the line between consciousness and whatever else there might be beyond. An instrumental whirl, What Happened After 1,001 Nights? is a masterwork of the uncanny. Glockenspiel, harmonium, brass bell, the falling rain, a cat’s humanlike wail, ethereal solos on her guitar’s harmonic ghost notes: Yang Fan has soundtracked your subliminal anxieties, placing familiar sounds in an unreal scene as only the unconscious mind can. On the rare occasions when a discernible human voice does break, as on the album’s standout track, “Autumn In Your Town”, it speaks to lost love, an intangible longing. It breathes wormholes into the opium smoke-choked air filling, surrounding, hovering over the entire record.

And it’s gone as quickly as it came, stealing back into the endless night, the enchanted dream, chasing the shadows of witches, princesses, court jesters, emperors, an entire invisible cast of Yang Fan’s ungraspable dream world. Get it in your head and it won’t come out.

All songs written, performed, mixed and recorded by Yang Fan (at home)
* Except <<Autumn In Your Town>> percussion by Mao Mao (DDDog) and Shi Lu (Atom)
Mastered by Garrett Haines at Treelady Studio
Drawing and design by Yang Fan

Thanks and thanks: Shi Lu (Atom), Mao Mao (DDDog), Nevin, Josh, A-Ji (Zoo), YLN, Zhan Pan, Dong and everyone who takes the time to listen to this fool's dream.

Just one more word; "turn off the light, close your eyes and slip into the story"