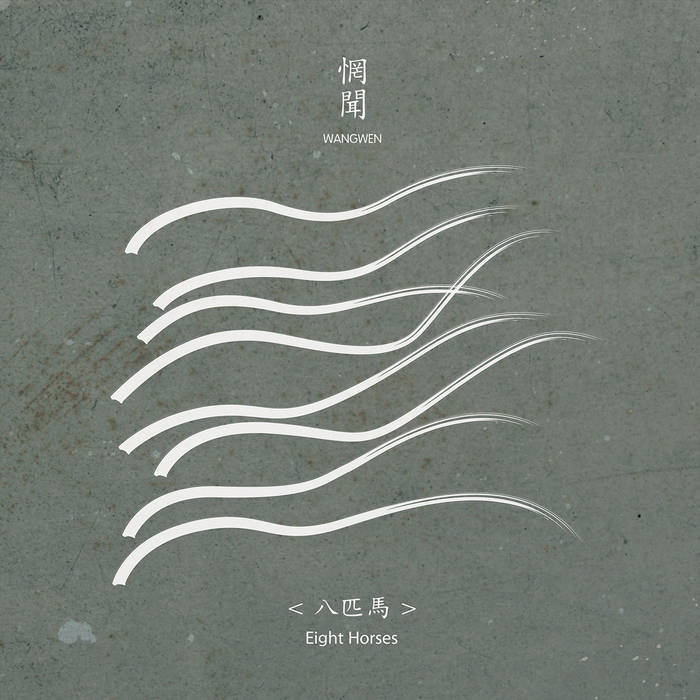 Wistful, dreamy, romantic, visceral and truly eclectic, Wang Wen, is the diamond in the rough. If there was ever a Chinese language inflected band that proves western influenced post-rock is spreading throughout the world like wild fire, it is this quintet from the unlikeliest of locals, the heart of PRC shipping mecca, Dalian. Led by singer/ principal songwriter/ guitarist/ laptop meistro/ antiquated electronics aficionado Xie Yugang, Wang Wen formed in 1999. Six albums and one EP later, they haven’t looked back since.

The Eight Horses double LP, Wang Wen’s first for Genjing Records, runs like a thick melancholic molasses peppered with progressive indie-rock sensibilities, while consistently flowing and soaring with the beauty of a dream. “There is a Chinese saying, which goes, ‘When I start to move, I can be faster than a rabbit: when I come to a rest I am like a sleeping baby,” elaborates Xie Yugang. “Our music is like this. We want to make fast music that wakes people up, that moves people. Yet again, we want to make calm music that makes people dream like a newborn child.” Sung in contemporary Mandarin with an extremely modern twist, Xie Yugang is true to his word. Check out the drawn-out, melancholic rock eruption that is “Escape From Mother Earth ” and the cathartically concise melancholy of opener "Northern North”.

Is it odd that a band from China could appeal to western audiences? Not according to Xie Yugang, “We all have the same longings and desires,” he says. “Music is the one thing that transcends cultural boundaries. It’s a language that can be understood all over the world.”

Written and Performed by Wang Wen

Recorded by An Jiguo at Echo Library, Dalian, China in March 2014

Additional Musicians
Qu Ruining and Wang Yanan from Which Park