This Is Not Your Game 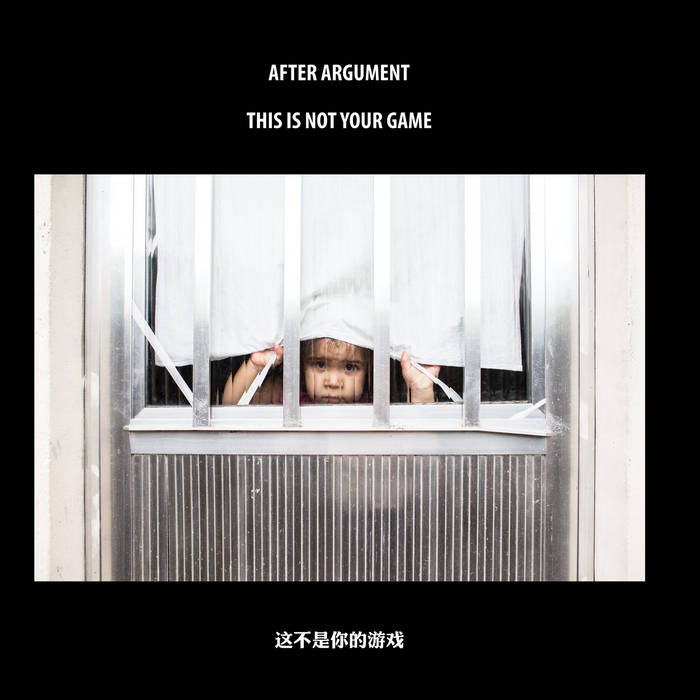 Following in the footsteps of their critically acclaimed 2013 debut LP Furs of Time [Share the Obstacles], After Argument continue further down an even more refined sonic path, combining avant-garde experimentalism and post punk sensibilities that hint at the gut-level thrust, heft and swing of Television as much as the restless, hook laden fury of early Fugazi, Slint and Mexican psych band Los Dug Dug's. The band, comprised of legendary P.K.14 vocalist/poet Yang Haisong and Beijing musical luminary Zaza [Eyes Behind] have quickly established themselves as one of China's foremost punk rooted explorers, filling venues of all shapes and sizes throughout the PRC with a sound, arguably unrivaled and most certainly celebrated by their peers behind the Bamboo Curtain and beyond.

This Is Not Your Game, After Argument's debut full length for Genjing Records, finds the duo capturing the explosive rush and emotional power of their live shows, where they range from mathy arpeggious interludes through headlong, thunderous charges. Recorded and produced by Yang Haisong at Psychic Kong Studios deep in the heart of the Chinese capital, This Is Not Your Game is an immediate, visceral record. On it, After Argument use riff, repetition, incremental layerings of distortion, bursts of noise and sudden changes in pace and volume - all shot through with a strong sense of poetic melody to provide new ways of seeing and feeling guitar-based rock.

But, more importantly than all that, After Argument manage to infuse emotionally complicated music with a sense of fun. What they offer and the source of their appeal is more a full-bore sensory thrill-ride than anything else. After Argument want to take you to faraway places and show you exciting things through musical algorithms both foreign and familiar to the listener. And This Is Not Your Game is just the key you'll need to get started on that adventure. So, buckle up, strap on some headphones and enjoy the ride - it's a one of a kind.

After Argument are:
Zaza and Yang Haisong