The Court Of King Necro 7" 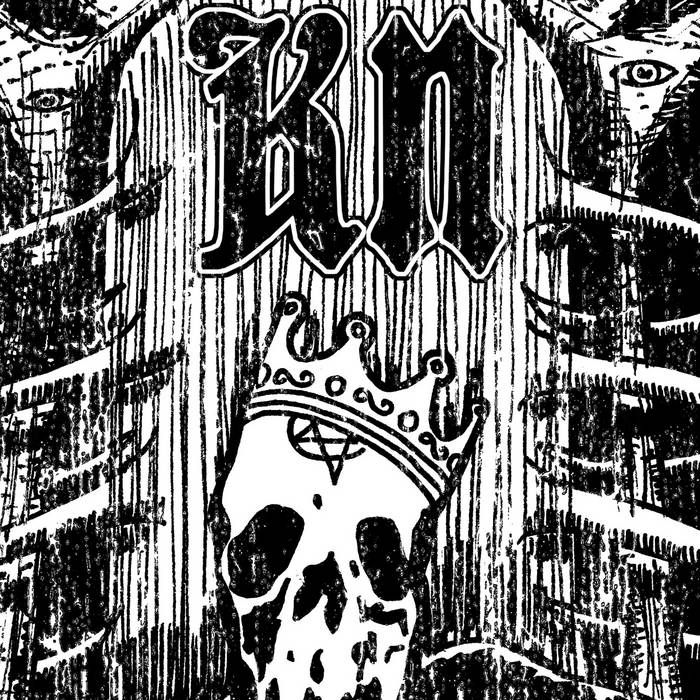 Originally from Dartford, England (spiritual home of, ahem, minor blues appropriators such as Mick Jagger and Keith Richards), one man DIY punk/blues/horror artist, GUIGUISUISUI, aka Dann Gaymer, started making dark garage blues on a variety of instruments including a one stringed skateboard guitar (The Diddly Board) in the freezing cold of Changchun, Northeast China in 2012. While working with a variety of side men including beatboxers, various percussionists and drummers, as well as a punk rock rhythm section dubbed The Electric Shadows, GUIGUISUISUI settled on a one man band format after relocating to Beijing in the summer of 2013. That same year, Gaymer headed out on a rather unrepresented, borderline masochistic 40+ date Asian Tour which shocked, confused and at times, downright befuddled punters across the entirety of the Far East.

Not one to rest on his laurels, Gaymer began hastily demoing a brand spanking new batch of evil tinged, garage inflected GUIGUISUISUI material immediately upon returning to his home base deep within the confines of the Red Capital.

Engineered, mixed and co-produced by luminary Beijing producer/sonic journeyman extraordinaire, Yan Haisong (P.K.14, Dear Eloise) at Psychic Kong, The Court of King Necro 7" finds Gaymer delving into four tracks of lo-fi, psychedelic scuzz rock lined with a healthy dose of Delta Blues. Think spiritual/musical mentors, The Rolling Stones, at their most avant garde, stripped down and devoid of overt glam pretense. Yet, when it comes to art rock, GUIGUISUISUI, has forged his own peculiar brand that exists on the dirtier more wanton side of the experimental blues rock stratosphere.

Strictly limited to a run of 500 copies on high quality, weighted black vinyl, The Court of Necro 7" features hand silk screened/assembled cover art by infamous British punk rock fixture The Craw. If that's not enough we're throwing in a hand made badge and a couple of individually pressed buttons which tie in with GUIGUISUISUI's overall artistic vision for this one of a kind, highly collectible piece of 33 RPM sonic ephemera. Get 'em while they're hot folks...hot as the visage of hell which inspired this assemblage of wicked passion!

All songs by GUIGUISUISUI except ‘Preaching Blues’ by Son House and ‘Eighteen Shakes’ by Pairs.

Artwork by The Craw