by Deadly Cradle Death / The Telescopes 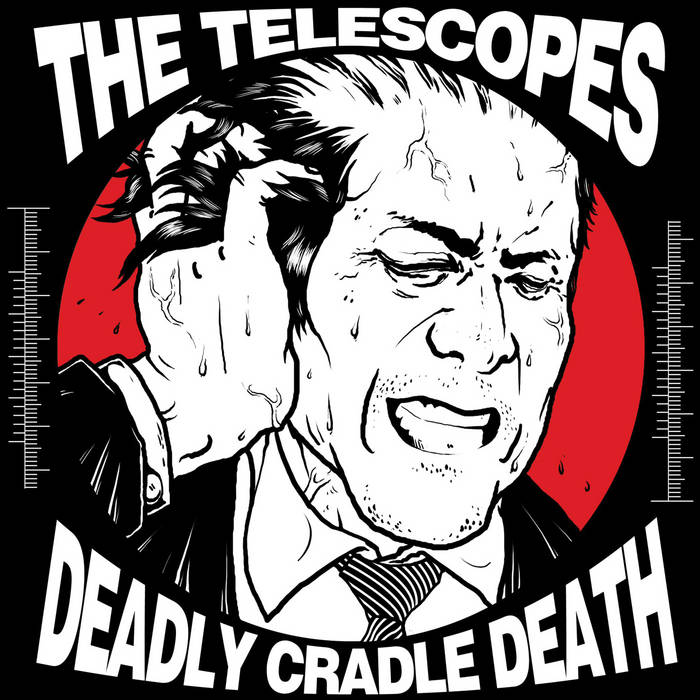 “RUN IT.” Run what? Fuck if we know, pal. On the face of things, that might seem a rhetorical question, but Beijing’s DEADLY CRADLE DEATH has been known to trick, semantically. Should you dance to this? The band formed after one of its two members, He Fan (BIRDSTRIKING), made his first trip to the USA for a string of CARSICK CARS gigs at South by Southwest, simultaneously experiencing SEWN LEATHER and SKRILLEX. Who can fault the post-’90s lad for reimagining “the drop” as a sonic phenomenon designed to saw the bottoms out of ear holes?

He Fan returned to Beijing to hastily infect partner-in-crime Liu Xinyu (CHUI WAN) with this sick vision. The two quickly cooked up, methlab-style, DCD, and made their own SXSW trip not long after. “RUN IT” is the only song they’ve recorded since. Don’t try to make too much sense out of it, but I’ll tell you this: ostensible Chinglish aside, DEADLY CRADLE DEATH got the cops called on them in Austin, TX after a neighbor complained that their sounds were vibrating the bars of her baby’s crib too hard. Can you even speak Chinese?

Again, madam or sir: we REALLY don’t know. Multiple voices in your ears inevitably say different things, in different tones. Luckily, here on the B-side, smoothing out the folds of your cerebella, are THE TELESCOPES, beaming calming night visions to place your aching brain at (dis)ease. Feedback is a universal tongue of sorts, or at least a fallback for when your tongue’s sprained, post-glossolalic spree. All voices at once are none at all. “Thrown” into drone, the meta-language of a guitar plugged in so long it’s begun to spout its own crypto-slang. At this point don’t even listen to what your ears tell you: just peer into the ether and scope what stares back.

On these recordings The Telescopes are...

run it. written by He Fan & Liu Xinyu.

Recorded at XP in Beijing, China.