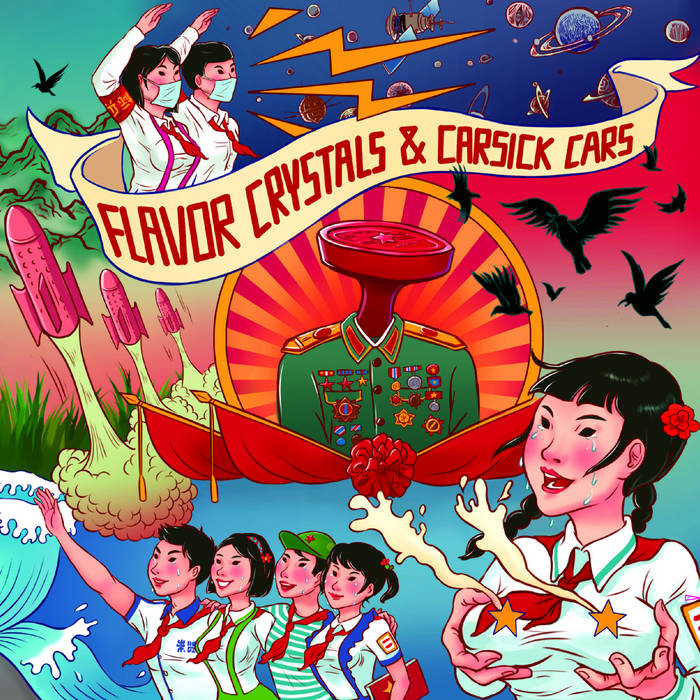 A Tale of Two Threes

After an auspicious run of activity, including two critically lauded albums on venerable indie Maybe Mars, sharing bills about the globe with alt-godfathers, Sonic Youth and slots at All Tomorrow’s Parties and Primavera Sound, Beijing indie-noise wunderkinds, Carsick Cars slipped into a well-deserved, five year, auricular hibernation of sorts, only to return in dramatic fashion this spring with a new rhythm section and 3, their most fully realized long player, to date. Yoko, a revved-up outtake from the Hamish Kilgour/ Pete Kember (a.k.a. Sonic Boom) produced sessions which spawned 3, marks a distinctive, stylistic departure for the band, who momentarily dial down the noise in favor of driving repetition, clean, Figurines-esque vocals and an anthemic, balls-to-the-wall resolve that unexpectedly launches the track into the stratosphere upon its incessantly rhythmic conclusion – an unequivocal, left-field indie-pop gem of a tune, if there ever was one!

On the flip side, Minneapolis psych-rock vets, Flavor Crystals, offer up Mirror in My Mind, a drone smeared, carefully considered, morotik ripper that mines the depths of exploratory shoegaze with aplomb, not unlike an auditory visage of one of Frederik van Eeden's exercises in lucid dreaming. The band's most recent full length release, a triple LP psych monster, coincidentally titled Three [Mpls. Ltd.], may well be one of the more criminally overlooked wax platters of the past couple years – self-engineered and produced by the band following a lengthy US tour in support of like-minded sonic sojourners, The Brian Jonestown Massacre, Three captures Flavor Crystals in a vulnerable, metacognitive state and the results are nothing short of staggering!

Special thanks to Nevin Domer and Ricky Maymi