by Low Bow / Dinged Up 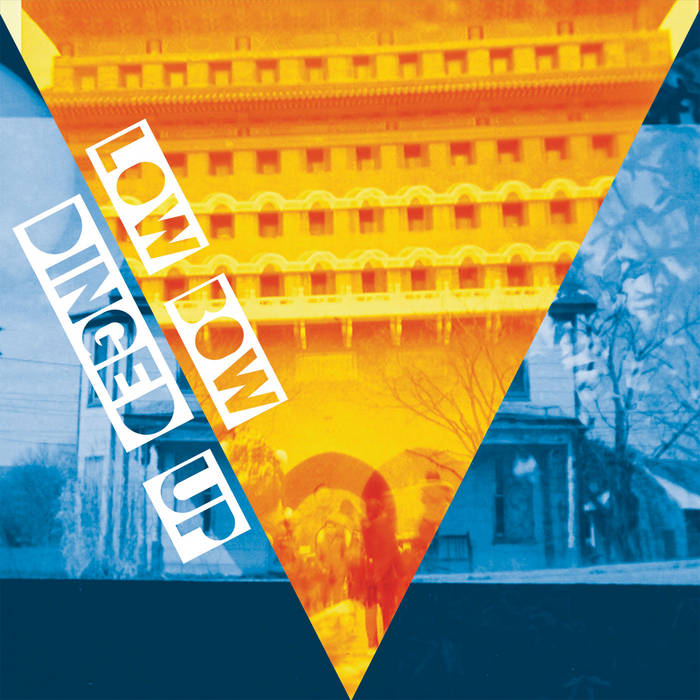 Bow low, my friends! The FAST SON’s coming and you don’t wanna lock eyes when he rises. Yes, it’s LOWBOW, and ooohhhhhh… “All of your future, stuck in your past / you still can’t work out why you’ll never last.” Baby. Sounds like these two rippers were cut fast & loose in ‘72, but no sirree, they got laid down last year right here in the P.R. of C, where time has ceased to be. LOOKOUT! You know the Fast Son moves quicker than the mutants on the bottom of the East China Sea, and “you can’t win with a draw.” LOWBOW, you see, rode from Dublin to D-22 on the wings of a faded dream and rebooted himself in the image of Bo Diddley’s ghost, putting his own grease on them post-proto-punk, gutter-oil-blues stompers we’ve come to need, all gold lamé and lightning speed. LOWBOW’s seen less than the Loch Ness ‘round these parts these days, but you know he’ll be back: that Fast Son won’t stay off the wagon for long.

DINGED UP, on the other side, is just that. Their nearest metropole is Baltimore, for Poe’s sake! Their two tunes on this end of the slab won’t get you too down, but rest assured they are both “Made of Grief.” Recommended for fans of: six-note solos, suburban burnout blues, Saccharine Trust - Paganicons, 21st century garages (they no longer hold cars, just withering ennui and empty space, amps, drums). DINGED UP’s about to rain down on a city near you, USA ladies and dudes. They fly on the late summer winds like a trio of tumbleweeds. Dust off and suit up, Big Red, these two are for you.

LOW BOW hope that you find this recording to be of a professional standard. Served best via headphones or on A.M. radio.

Thank you for purchasing this recording legally. Now, why not tell a friend that further LOW BOW recordings of HI fidelity standards can be found at lowbow.bandcamp.com

For information or parenting tips, lowbowband@gmail.com