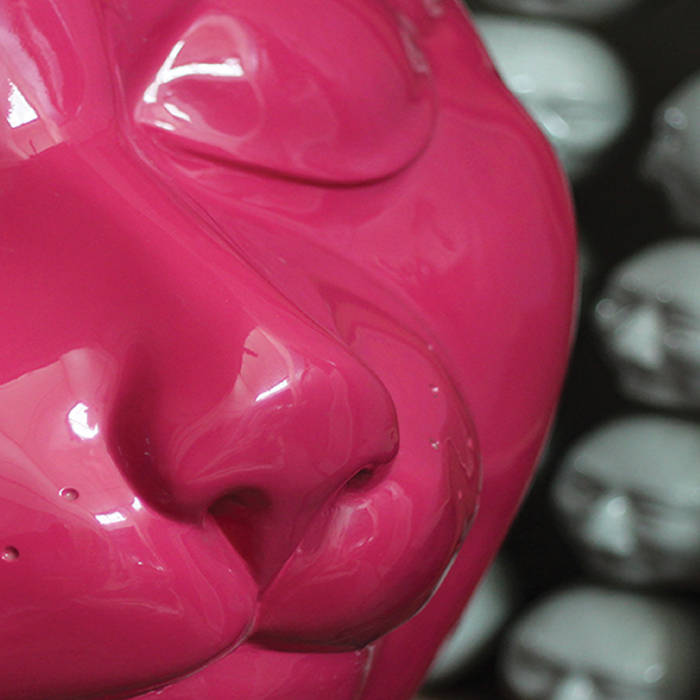 Side A: Three spastic, bite-sized, one-and-a-half chord noise rock nuggets in the fine Shanghai tradition of pretty much only one band, PAIRS, whose guitarist "F" is one half of this new combine. (The other is Brazilian transplant Alex, who drums in Shanghai's snottiest punk band, Dirty Fingers, also well worth a look.) On this slab, F's for the most part abusing her perma-detuned guitar, as she did in Pairs, though on opener "Why do we need love when we've got Black Metal?" she gives the blast beat a whirl for a solid 3+ minutes. The songs only get shorter from there, Alex keeping the groove nimble behind alternating levels of full-on feedback destruction pop.

Side B: Negro Leo from Rio, with their Minutemen-odd meter, No Wave skronk, and rude synth-punk squelches. Their floor tom, in particular, sounds like it was beamed in from 1982. Negro Leo croons, they moan, songs about love and money and invertebrate glands, about Caligula in Hollywood. This side burns beautifully to an end on "Nosso Coracao e' Uma Cloaca", a stuttering, wobbling backyard banger to get real sick to. The heart's at the end of the gut, after all.