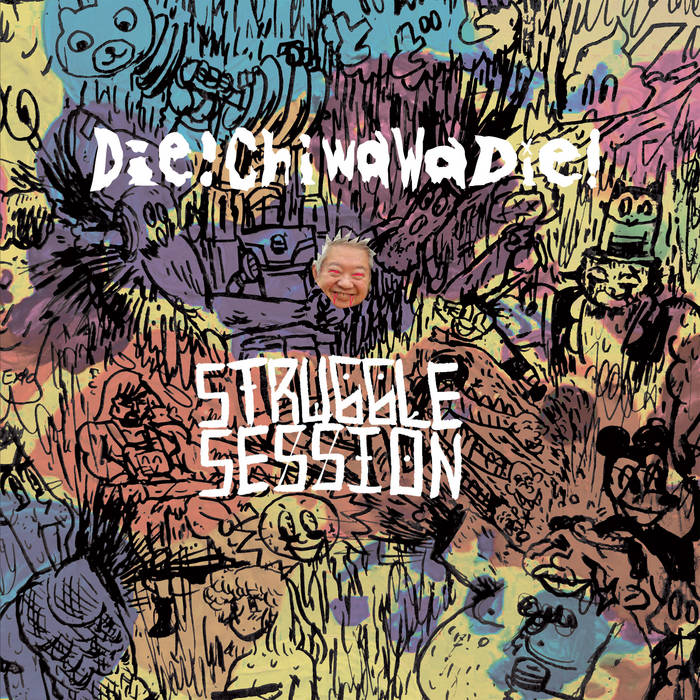 The screaming starts about a half-minute into the smooth lounge intro, ripping you out of your headspace and into the high-heat broil of Guangzhou’s DieChiwawa! Die! The sample choice isn’t quite accidental; more a byproduct of constant crate-digging in the famed Guangdong vinyl pits, where all your least favorite records go to die and get repurposed into industrial goo. This side of the slab is more melt than music for sure, a shit cocktail of one-plus-minute gut-burners like opening number “No Stage is the Best Stage”, which is definitely true for this crew, who prefer to play out in decrepit practice rooms, illegally squatted rooftops and ramshackle skate shops than anything that could reasonably be called a “live music venue.” Pay close attention to midway skit “Taxi Driver” to KNOW how it feels to be 30 beers too deep in the heart of the PRD (wisely chased with “Call the Ambulance”), and also make sure to hover around standout track “One From the Heart”, which is just that, an ode to the lost clique of Chinese youth finding meaning in dive bars and DIY circus sideshows.

Things don’t slow down at all on the b-side, a Beijing-gray lather of late-night scuzz from multinational fast-core quartet Struggle Session. Quite the opposite. Break out your pointiest culture-war dunce cap and gouge the pit to the dulcet strains of “Smog Thrills” and “Trail of Glass”, broken etudes to beat-down spirits that are too angry to go away. Rather they haunt from Bejing’s sweatiest, booziest depths, growl from the gutter with the enduring fire that only furious self-imposed exiles from bullshit futures in which they have no say can keep aflame. This is the only sound they can make: filthy shaky chords, empty cups, broken bottles and that hour of sleep you keep losing.

Thanks to those who played in Die!ChiwawaDie! before:
Cong, Za, Rosa, William, Androw, Henry, Sam Chiu, Malicedong, Chaos, Chris and Kai.

Thanks to:
Zams, Dom, Pat, Lai and everyone at Focal Fair and all the friends on the 9th floor.

All music and lyrics by Struggle Session

Thanks to:
Yang Haisong & Fredrik Lyxzén,